In previous sections of this multi-part article on the founding of 3D Control Systems, we examined the startup years of the company, and the passion that drives 3D Control Systems Co-founders Dogru and Vedeshin to succeed. In this final chapter, we’ll dive deeper into the origins of these entrepreneurs.

John Dogru started as a hacker in a boarding school before receiving a full scholarship to study electrical design and software engineering at the College of Texas, Austin, which ranks among the best in the United States. During the dot-com boom, Dogru joined a startup called Austin Digital, which made aircraft data record retrieval systems. These automated aircraft data record retrieval systems allowed airlines to obtain information from aircrafts as soon as possible, reducing the latency from six months down to minutes. They helped the airlines adjust service intervals based on how hard the plane was flown; thus, accessing all flight data after every flight was critical. The platform worked with all major airlines, including FedEx, Lufthansa, Swiss Air, and others. At Austin Digital, Dogru received his first taste of what it is like to program and build products and take them to market. That startup was later acquired by General Electric.

While still in school, John began working for Dell Computer as a lead engineer in automated manufacturing and developed an automated motherboard testing system. Motherboards used to be tested via integrated circuit testing (ICT), and the cost to test every motherboard with this technology required approximately $1 million per test station. Dogru developed an automated software testing platform able to retrieve the failure analysis data at a much lower cost. At Dell, his platform became the gold standard of how computers were tested.

During his time at Dell, Dogru learned about just-in-time manufacturing. At the time, Michael Dell, the Chairman and CEO of Dell Computer, was just realizing the power of just-in-time or “zero-time” manufacturing, having learned about it from his mentor, George Kozmetsky. At the time, Dell stated, “Zero Time provides valuable insight into the critical success factors of the digital age: total customer experience, velocity, and operational efficiency-all components of Dell’s direct model.”

“Technology continues to shrink the world. There is no choice other than to participate in the global community. Science and technology is too precious a resource to be restricted from drawing the world together. That is what the 21st Century is all about.” — George Kozmetsky

Dr. Kozmesky and Dell’s adoption of zero-time automation inspired Dogru to build products that served the customer at the point of need and time of need, with zero latency.

In his time at university, Dogru managed to gain valuable professional experience. He went from a startup that provided just-in-time data for aircrafts to an enterprise that manufactured just-in-time computers. At the time, Dell was the most advanced manufacturing company in the world. If someone requested a PC through Dell.com, the inventory of parts needed would only be purchased at the time of need. Thus, supplier trucks would be sitting outside of Dell’s manufacturing plants, depreciating by the day, by the minute, by the second, and Dell would only pay the price of the hard drive when the order was made and that truck opened its door to the manufacturing plant. The sales system was connected to the manufacturing plant, and in real time the assembly line would start to produce the computers for that specific order. The computer industry was innovating so quickly that building a computer and putting it on a shelf would leave it outdated within months. For that reason, it didn’t make sense to build a computer and mount it on a rack because hard drives were $200 one day, $190 the next, and then $100 not long after. With zero-time manufacturing, Dell was revolutionary.

There is an inflection point right before a technology experiences mass adoption. With 3D printing, the knowledge is here, the technology is here, and the tools are here, but the implementation to combine all of these disparate systems has been lagging. This is the opportunity that the 3D Control Systems team is focused on: to unlock the power of digital additive manufacturing for billions of people.

Following his time at Dell, and later as the lead engineer pioneering motherboard testing automation, Dogru worked as an internal auditor for the CFO to gain an understanding of corporate controls, IT security systems, disaster recovery, and financial systems, and helped work on large pre-project implementations such as the world’s largest NCR 44 node implementation.

Still, Dogru always wanted to launch his own company. Thus, he began learning how startups are established and researching how larger manufacturing operations build parts on demand.

At the time, the industry was constantly looking for new technologies and competitors, and Microsoft was manufacturing the Xbox. Dogru spent a long period working with Dell’s top executives and learning how an organization operates, including business controls, security, innovation, mitigating risk, and intellectual property control. In two years, he began leading a project called Symphony, Dell’s new state-of-the-art internal and external facing sales tool. This included spearheading the point-of-sale technology team at Dell, which is responsible for processing all orders from Dell.com and by phone. As the lead program manager, Dogru was in charge of 85 software developers and more than 120 project owners.

Following his time at Dell, Dogru launched his own startup, NuScribe. NuScribe was a medical voice recognition company before Siri existed. On average, 25 doctors would spend half a million dollars per year speaking into a tape recorder and then having someone transcribe it. Voice recognition on the Pentium 2 running on Windows was still quite slow. He sold that company for $9 million.

Thereafter, Dogru moved to Estonia, where he worked on numerous projects in online marketing and many intriguing technologies. He was semi-retired, yet always on the lookout for the next big thing. 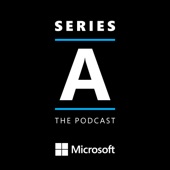