We examined the startup years of the company, and the passion that drives Dogru and Vedeshin, the co founders of 3D Control Systems, to succeed. In this final chapter, we’ll dive deeper into the origins of these entrepreneurs. 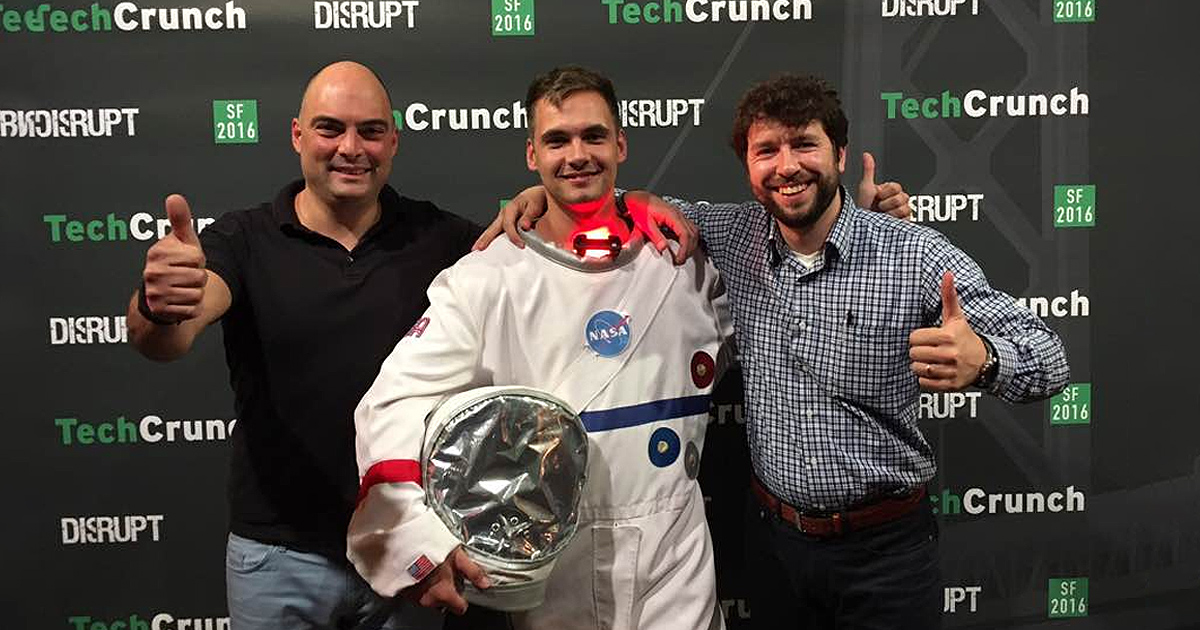 Since adolescence, Anton was always curious about electronics and mechanics. In fifth grade, Anton began playing with hardware, soldering things together and trying to figure out how they worked. He used to make up theories for how a bulb or a microwave works and operates — by just pressing a button, something happens.

In tenth grade, Anton TOP 10 ranked for programming competitions in the city and in the country. In eleventh grade, he was among the top ten in the nation, as well as the first and runner up in his city and town. Anton did not study programming in school, he studied on his own. Anton had achieved such high marks at gymnasium that he became part of an Honor Roll recognized by the president of Estonia.

In twelfth grade, he competed in the TalTech programming competition and won the second prize, which helped to earn him a ticket to TalTech University in Estonia. During his time at TalTech, Anton founded his first software development company at age 21. His first client was a government agency, and he also worked for various European Commission projects.

When the global recession hit in 2008, people were losing jobs, many IT projects were closed and companies were laying off people as well. In this difficult time, Anton began working as a consultant in the banking and insurance sector. He used the money he earned as a consultant to pay his software engineers because he didn't want Estonia to lose momentum in IT, and they continued to build government projects, even though the government couldn’t pay.

In early 2009, Anton started working on a lab process automation product for skin samples. Starting from scratch, he got the best people in the city, ordered a bunch of hardware and electronics for experiments, and assembled his first 3D printer—a Prusa Mendel version. It took several months to create the first prototype for a fully automated mobile laboratory medical processing unit used in the fields for the rapid diagnosis of skin diseases and pathologies using skin samples and biomarkers as inputs.

As Anton and his team did not have much experience in hardware and firmware development, they moved all the business logic and important IP into the cloud, the hardware robot was basically a player of commands coming from the cloud, also sending back the telemetry data, so the cloud can make a decision and send a next command to the robot. Thus, they basically sent g-codes from the cloud to this machine, which was comparable to moving all of the different stuff and giving back the photos, results, and computer processing. It might be similar to the 3D printers we use nowadays.

Anton and his team created protocols for such communication: cloud-to-hardware-to-cloud. Initially, it was a $50,000 project, but it quickly grew to nearly a $500,000 project as soon as the medical robot needed to be FDA approved. They created three prototypes and the last was a pre-production prototype. The medical equipment they created was very similar to 3D printers, but with syringes, tubes, cameras, reagents, various fluids, chemical solutions, and more. At the time, Anton couldn't comprehend why every piece of medical equipment had so many buttons. However, the medical gadget they created had just one button, which was to turn it on. Additionally, one could use any laptop or computer nearby to operate it and view everything since the software was hosted in the cloud. One of the objectives of that customer at the time was to retain as little business logic as possible within this machine because they were afraid that someone would buy it, place it in laboratories as a sample, and examine the software, firmware, and internal operations. This valuable experience was used by Anton at 3DPrinterOS, where Anton and Dogru connected. As of now, 3DPrinterOS platform has more than 55,000 3D printers by more than 175,000 users around the globe.

Today, Anton holds a Ph.D. in cloud computing and cyber security, and is the author of numerous cybersecurity and digital manufacturing scientific papers (e.g., IEEE, ACM, Springer) and patents. He also teaches Cloud Computing and Data Security at TalTech and has developed multiple security and e-government solutions for the Estonian government and EU Commission.

Anton realized that although he knew a lot about technology and business, he still needed someone with great sales abilities, negotiating skills, and the ability to take charge of any meeting and persuade others.

When Dogru moved to Estonia, he met Vedeshin, and the two began investigating 3D printing technology. The first 3D printer they bought was the MakerBot. Following their purchase, they realized that these 3D printers were exactly where PCs were 40 years ago, where they had started.  They established a lab in Estonia and spent many sleepless hours developing the product that would become 3D Control Systems.

Following that, they attended Alchemist Accelerator. They received the funding in the summer of 2014, and it was critical that they quickly form a team. They employed a total of 24 and 25 engineers. Prior to  meeting with MakerBot, they provided them with information about desktop 3D printing.

The Origin of 3D Control Systems

With the combination of Dogru’s experience in the computer industry, automated manufacturing, how to launch items inside corporations, how the sales cycle works, and how sales automation works, Dogru and Vedeshin assembled the beginnings of 3D Control Systems. Since then, they've been doing 3D printing integrations to the cloud and making it easy for over eight years, long before the advent of APIs.

They've been doing it for over eight years, and they saw the vision a long time ago that if one can go from  design to production with a single click, this is the future.

Eight years ago, most additive manufacturing users did not have as many top-of-the-line machines as industrial machines. So, they started with the early adopters, such as Facebook, Google, Apple, and Microsoft. They started in universities, and the university area grew the quickest since universities are early adopters and can validate concepts.

As a pilot, they started with Duke University. The college only had ten printers and ten students, but John and Anton showed that there is another way to get things done. Instead of having someone send a design from their computer to the administrator to someone who will operate the machine,  they intended to create a system through which their clients could operate the machine completely remotely and autonomously. As a result, the self-ruling stage became an important factor, and today Duke has the world's largest real-time 3D printing deployment in a university, with more than 200 printers and 7000 students.

After these successes at Duke, they extended to MIT, Harvard, and Yale, and students at these institutions quickly acknowledged that 3D Control Systems could be the next Microsoft for digital manufacturing.

Indeed, Dogru and Vedeshin have proven that they have made 3D Control Systems the simplest solution for networked additive manufacturing. The company has the world's most prominent desktop 3D printing management platform, which is widely used by universities and businesses too, including Google and John Deere, organizations that use lots of desktop printing for design and prototyping.

The difference between the impossible and the possible is defined by an individual's level of certainty. This is how Anton and John structured their company, with the help of their committed employees and their day and night hard work. For Anton and John, there are no secrets to success. It is the result of preparation, hard work, and learning from failure. Successful people are not gifted, they just work hard and succeed on purpose.

To read the previous part of this inspiring story, click here.