With this release it’s possible to connect potentially any 3d printer to the cloud and contributors are encouraged to add their own features, fix bugs, and customize the cloud client to fit their printers and user requirements.The cloud client for 3DPrinterOS already supports the majority of desktop 3D printers and is being shared under the GNU Affero General Public License. The release offers access to the standard and powerful set of tools available in the 3DPrinterOS cloud platform. It’s meant for 3D printer manufacturers, developers, educators and tinkerers to access, expand and contribute to all existing features and functionality.[caption id="attachment_1263" align="aligncenter" width="450"]

The power of the cloud - Connecting users and printers[/caption]“Our goal is to radically reduce the latency between design, manufacturing and distribution of physical products, at the point of need and time of need. Connecting 3D Printers to the cloud is an essential step towards the connected factory of the future. We are excited about the opportunities this release creates for our industry and beyond,” said CEO John Dogru.The cloud client gives manufactures and developers the power to add, modify and improve:

“This open source release makes it simple for every user and manufacturer to access the power of 3D Printing through the cloud,” explained Dogru. “Now any manufacturer, large or small, can modify, customize and build on top of this release to extend their functionality and make 3d printing easier for their users.”3DPrinterOS encourages developers to push any changes or modifications to Github!

Thoughts on 3D Printing and Guns 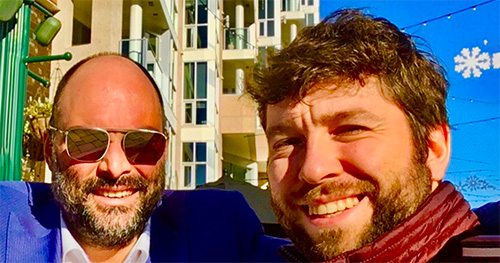