3D Printing around the office

There is nothing more satisfying to a true 3D print enthusiast when they identify a problem that can be solved seamlessly with a 3D printer. We’ve had a broken chair at our Estonian office that needed fixing and Oscar from our team decided enough was enough and through the power of 3D Printing, we now have a useable chair again!Here is a photo log of his process measuring to design to printing and repairing![caption id="attachment_824" align="aligncenter" width="600"]

The chair repaired and back in action![/caption][caption id="attachment_828" align="aligncenter" width="600"]

2000+ Hours of 3D Printing Through 3DPrinterOS! 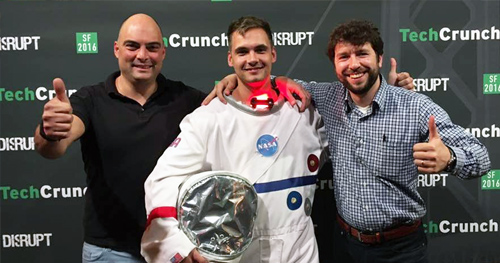